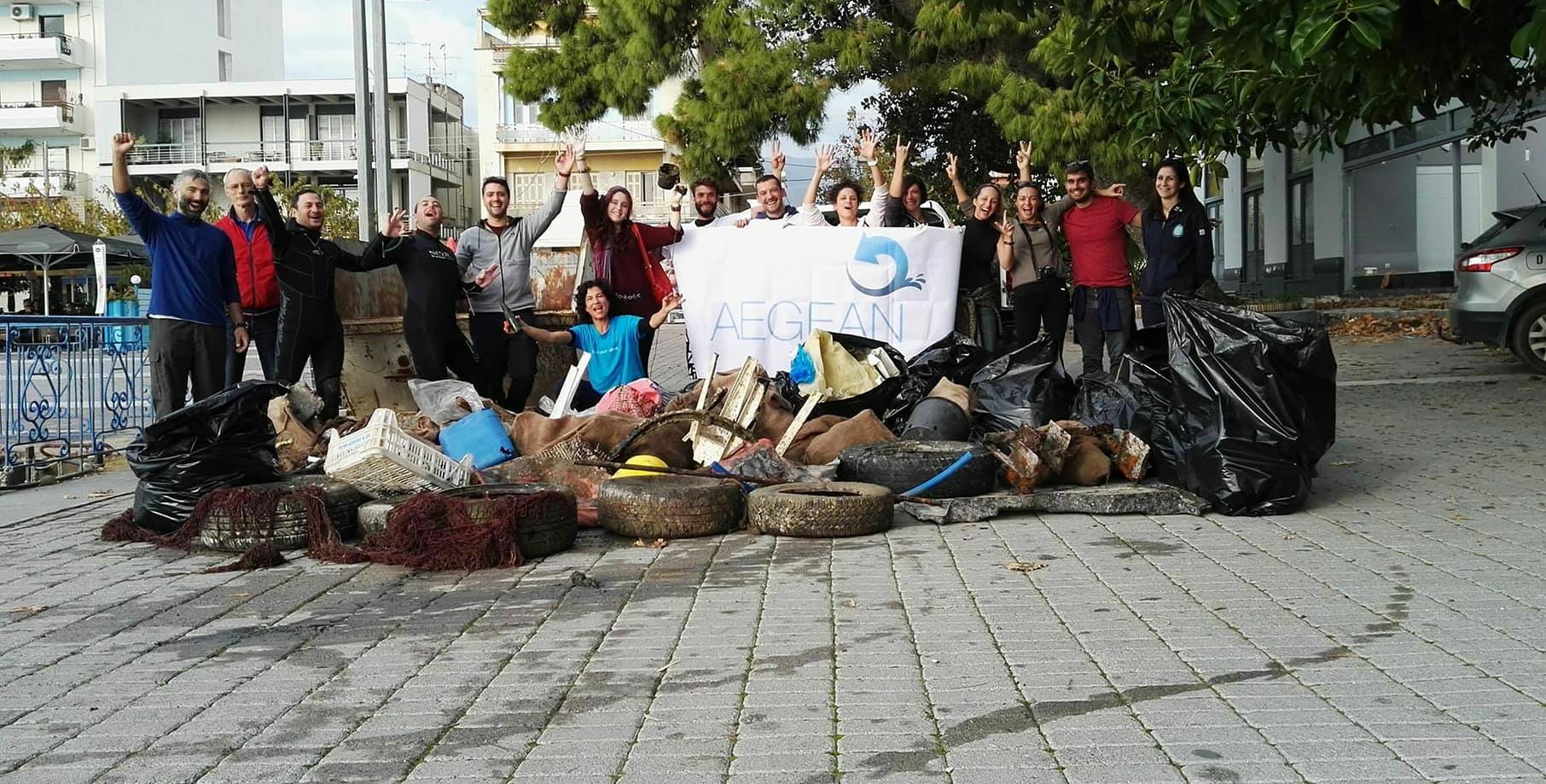 On Saturday, December 2, and Sunday, December 3, 2017, a series of actions took place with the aim of cleaning the harbor of Kalamata and removing waste from the coastal zone.

In particular, six divers from the volunteer group "Aegean Rebreath" removed a large amount of objects from the bottom of the harbor, mainly plastics, which were then taken for recycling. Moreover, volunteers cleaned the coastal zone next to the wharf, collecting approximately 15 bags of rubbish.

The actions were organized by the Municipality of Kalamata, in collaboration with the “Captain Vassilis and Carmen Constantakopoulos” Foundation and the volunteer divers’ group "Aegean Rebreath."